A Warning Against Teething Necklaces 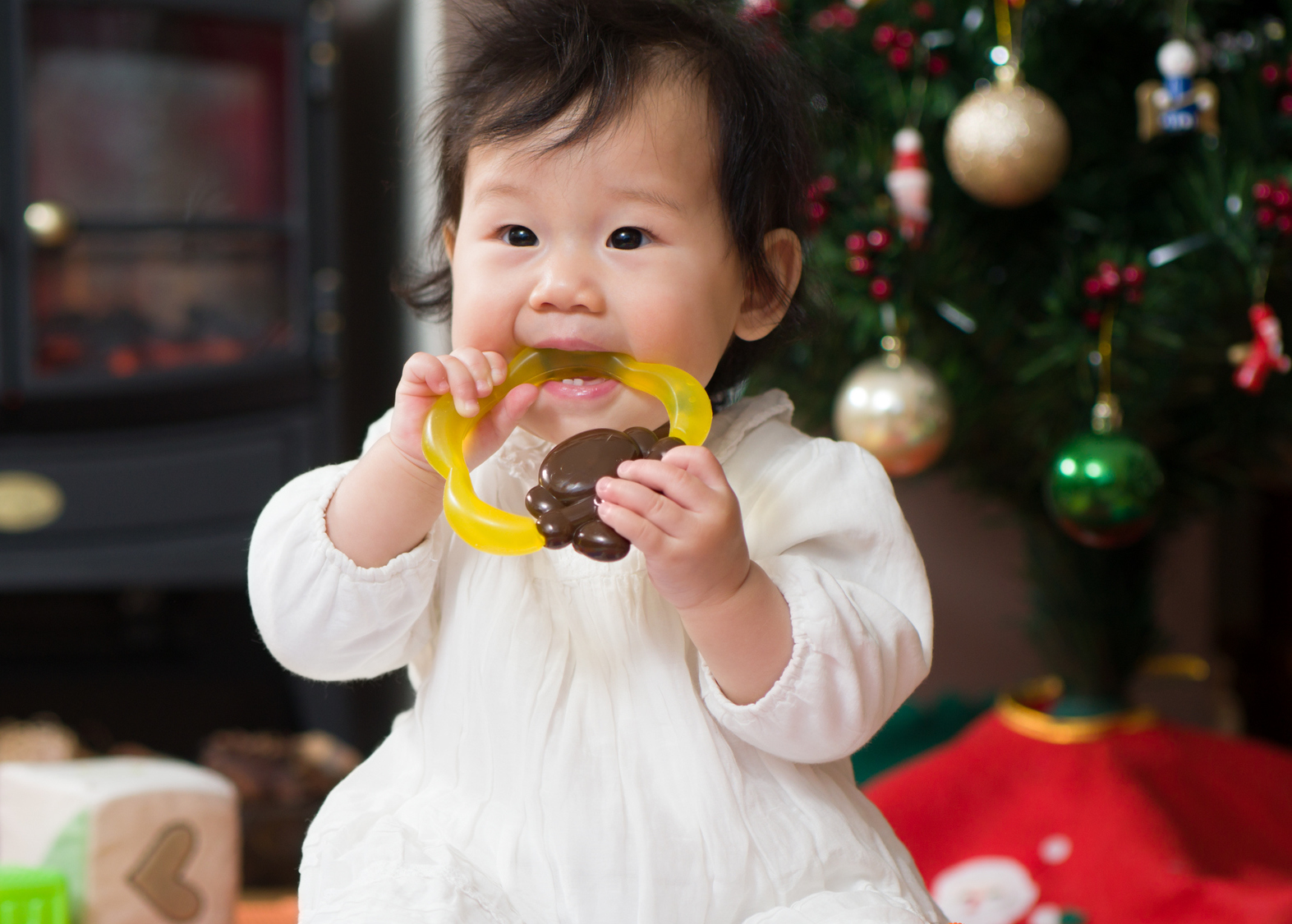 At the park, at the store, at day care – wherever babies and toddlers are found, it’s becoming a common sight to see youngsters wearing amber teething necklaces. These necklaces consist of multiple round beads strung together on a string around the child’s neck.

While they might look appealing and some parents swear they relieve teething pain, you should never put a necklace on your young child. Strangulation is a serious risk for young children who can easily get something wrapped too tightly around their neck but cannot get it off.

The proponents of amber teething necklaces claim the necklaces relieve teething pain by releasing succinic acid that gets absorbed by the skin and then acts as an analgesic in the body. However, this claim falls flat for several reasons. First, succinic acid is only released from Baltic amber at very high temperatures – close to 200 degrees Celsius (392 degrees Fahrenheit). Your child’s skin will never be this hot and so nothing will be released from the amber. Secondly, there is no evidence succinic acid, even when applied directly to the skin, is absorbed by the body. Finally, there is no evidence that succinic acid (which is already found naturally inside our bodies) relieves pain.

So, despite the claims of some true-believers on the internet, it’s clear the necklaces cannot actually relieve teething pain. They can, however, seriously harm your child. Unfortunately, the strangulation risk from these necklaces is not just theoretical, multiple children have been strangled by amber teething necklaces.

The American Academy of Pediatrics strongly warns parents against using amber teething necklaces. On their webpage for amber necklaces, they remind parents “suffocation is the leading cause of death for children under a year old and among the top five causes of death for children between the ages of 1 and 4.”

Instead, the AAP recommends parents try one of these several safe remedies for teething pain: chew toys, cold things, gum massage or Tylenol.

While it’s natural for you to want to relieve your child’s pain, make sure what you try is proven safe. Amber teething necklaces are neither effective nor safe and should be left on the shelf.

Tips to Take the Headache out of Maternity Shopping

Canvas and Decor To Capture Your Family Moments