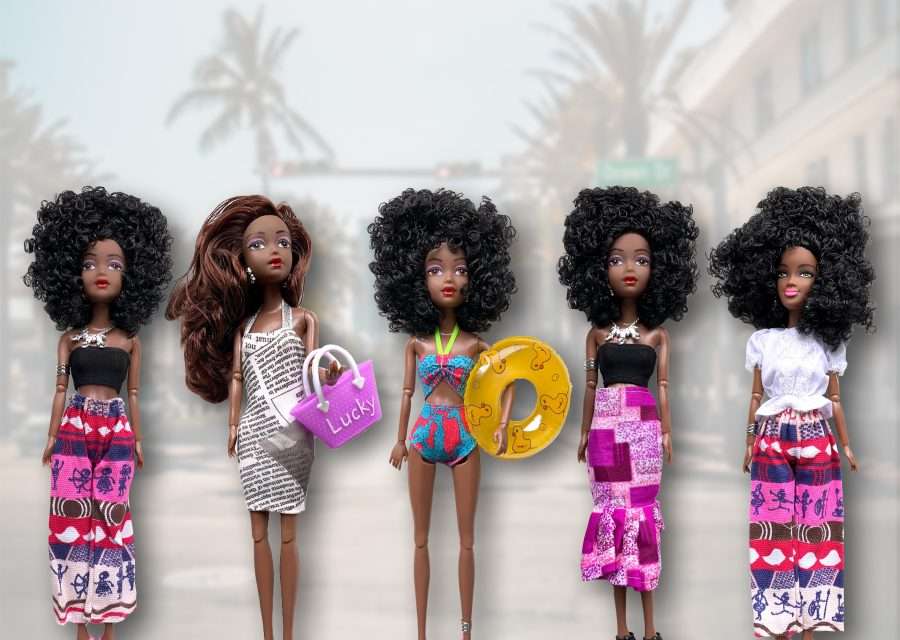 I have always been a proud black woman, because ultimately, I‘m proud of who I am. Black does not define me, in fact it inspires me, as many parts of my life do including my creativity and desire for progress. Being black is a characteristic of who I am, like being a mother, a wife, an entrepreneur, a millennial, a woman in leadership and more. None of these roles define me; but they each play a part in the person I have become.

I grew up in a predominantly black city in Africa called Yaoundé, the capital of Cameroon. When I was a child, there was no comparison between different shades of black skin. There weren’t stereotypes attached to one complexion or the other. Family and friends, people in general, were appreciative of beautiful, well-maintained skin, regardless of colour. Despite the appreciation for black skin and the beauty of black women, we, the children, played with white dolls and Western toys.

I loved dolls. Dolls are an influential tool in roleplay, empathy and imagination for young kids. They allowed us to play in a fantasy world where we were boss. I don’t recall what age I was when I discovered Barbie but I remember the feeling of first laying eyes on one at a friend’s house. Barbie was thin, beautiful and stylish. Barbie looked like an adult, not like the baby dolls my parents had bought for me. I loved the accessories, trendy clothes, hair styles and all the various characters Barbie could be. I lost interest in my baby dolls, dreaming of Barbie. Each Christmas I would ask for a Barbie. I don’t know why but I never received one until finally, when I was nine years old, my dad took a trip to France and returned with the Barbie I’d dreamt of.

Unfortunately, a short time later, I lost interest in dolls altogether and the beautiful Barbie I’d longed for gathered dust. Looking back on the 80s and 90s in Yaoundé, it’s frustrating that the toy industry didn’t import black dolls from African countries. It would have been nice to have dolls that look like us and the friends and family we loved. So much of our roleplay centred on white characters, outside of the life we knew. As I grew up and my interests matured, I rarely thought about dolls except in fleeting dreams where I played make believe with my future children.

When I was 17 years old, I moved to France. French was my first language so I settled easily. I lived in Paris, in an east end suburb called Vincennes. In Paris I attended university and became a young adult. Fortunately, by the time I lived in a non-dominant black country I was a mature, self-confident young woman. In the few times I have been hurt by racist encounters, these situations have never shaken me to the point of being ashamed of my skin or my culture. If anything, living in Paris made me more confident. The safety of my childhood instilled a drive in me; I wanted to make an impact.

When I arrived in Toronto, in April 2010, I was full of excitement and anticipation for my new life in Canada. The constructive, positive and benevolent words that I heard growing up in Cameroon were still ringing in my ears. Although I could have easily found one, I didn’t initially look for a black community in Toronto, or even a Francophone community. I wanted to get to know Canadian people and their way of life. This was my second immigration so I knew that to succeed, socially and economically, I needed to meet, listen to and to learn from Canadians in Toronto first, regardless of their skin colour and background. Ironically, while getting to know Canadians, I met my husband through the French community 10 months after I moved to Toronto. He was visiting from France for 10 days when we met and soon after, made the decision to move to Canada to be with me.

Throughout that first year in Toronto I found a social network quite easily. I am outgoing and made friends at the community church in the west end of Toronto where I was living. It was an intergenerational community with a steady group of educated young adults in similar stages of life. I found friends like me, getting married, settling in their careers, making plans to buy a home and start a family. 12 years later I’m still very connected to that first community that welcomed me. Once I felt established and at home in Toronto, I started to actively extend my relationships within other groups I identified with, Cameroonian, Black, francophone, women, Christian and others.

When my son was born in 2014 I became part of another community, I was a mom. Becoming a mother outside of the country where I was raised gave me a strong desire to ensure my children, who are half black, half white, understood my roots and the culture they come from in addition to their dad’s culture. I tried to buy toys similar to the traditional ones I grew up with that represented my Cameroonian culture. I noticed many stores lumped Black culture together not understanding that Cameroonian culture is different from culture in Morocco, Kenya or Congo. There are so many unique cultures within Africa. Their games, food and culture, while important, are not mine. I found some products in small grocery stores run by members of the Cameroonian community but it wasn’t easy to find these businesses. Many times they were not conveniently located, supply was sporadic and inventory limited.  I relied intensively on my family, visiting from Cameroon, to bring toys for my son and then for my daughter when she was born in 2019.

Soon after I became a mom to two, in 2020 the black lives matter movement swept the world. Black people and their allies began protesting incidents of police brutality and racially motivated violence. The Black Lives Matter political and social movement highlighted and started louder conversations around the racism, discrimination, and inequality experienced by black people around the world. As global injustice seemed to intensify, my focus was on my children. I wondered what my role was and what legacy I could create to ensure the pride they felt for their culture was as strong as mine.

It was a random evening in 2021 when I was browsing the French Channel, after putting my kids to bed. A documentary had already started but the young Black children in it grabbed my attention and I stopped flipping channels. The documentary was called, ‘Le test de la Poupée,’ or ‘Test of the Dolls.’ Researchers were questioning young girls about their dolls, asking them to choose which one was more beautiful. It broke my heart to hear young Black girls say the white Barbie was the most beautiful. I felt so sad that little Black girls born in the West did not find their skin colour pretty. It broke my heart to think my daughter may grow up believing this as well.

I couldn’t get the documentary and the words of the children out of my head. I understand how overwhelming advertising can be and that white skin dominates entertainment. I see how media portrayal of coloured skin might not inspire young black girls to appreciate their beauty. And we can’t blame them. Traditionally, princesses are white, heroines are white, the good girl or the central character is white. Even as adults, we’re influenced by what the media throws at us.

It dawned on me the immense privilege I had growing up in Cameroon where I was protected from that polarising messaging. Even though we had access to Western entertainment and toys, once the TV was shut off and dolls put away; we were hearing other voices, languages and messages, all around us, influencing our day-to-day life. With those realities, we had choices and we could form our own convictions.

I then realised, having kids born in Canada, it’s up to me to expose them to diverse voices and inclusive messages. It’s my responsibility to help them define what beauty is and to see it within all colours. With all of the input from mainstream media they would be receiving, they may not grow up to be proud enough of who they are to make an impact in this world.

At this time, my son was seven and my daughter was two. I observed them learning, and growing through play every day. I wanted to offer all children the opportunity to learn and play with diverse cultures, colourful clothing and strong Black styles. I wanted my daughter to have Black dolls she believed were beautiful, just as she believed she too was beautiful and proud of her African heritage. That’s how Koolorez, and the black dolls project began.

As a Mom to two young children with a full time job and busy household I didn’t have time for a passion project but I felt I had no choice. I began sourcing black dolls, surprised at the scarcity in the Canadian market. I quickly recognized the dire need to bridge the gap in product representation. I wanted to make black dolls available to Canadian children of all cultures. I yearned to show the chicness and uniqueness of Caribbean and Afro descendant cultures. I wanted young black girls to embrace the beauty of black skin of kinky hair, traditional fashion, wigs and head scarves.

I launched Koolorez in February 2022. I wanted to set the tone of my venture and start conversations about representation and lack of representation of skin colour in dolls. I aim to approach this conversation not with fear or anger, but with a genuine objective to create change and encourage diversity.

I dream of all black children seeing themselves in imaginative play, represented in mainstream media, films, stories and toys. I aspire for every kid to see characters of all skin tones in a variety of roles, exemplifying success, creativity, and happiness. I want black girls and boys to see beauty in their black dolls. I want white children to see beauty in their black dolls. I’m creating a vision of what Afro descendant cultures represent and how intrinsic they are towards learning, growing, integrating, and living together.

So many of our beliefs begin in childhood. By offering diverse characters in a variety of traditional and western outfits, hair styles and designs we’re giving all children the opportunity to explore and celebrate black culture and beauty, sparking imagination and inclusivity for a lifetime. For more information on Koolorez dolls visit www.koolorez.com 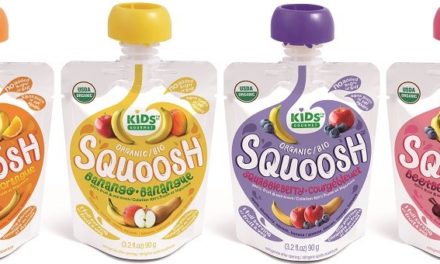 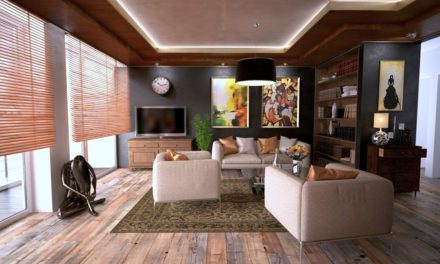 4 Top Tips for Babyproofing Your Apartment 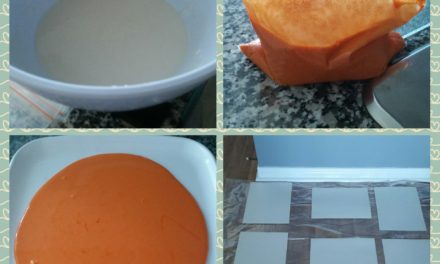 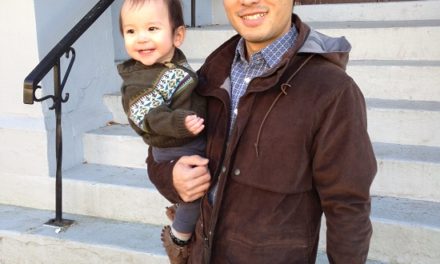