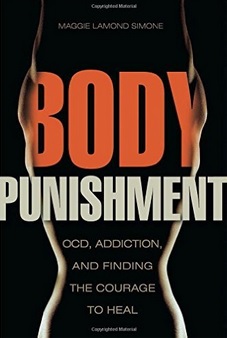 Humor columnist Maggie Lamond Simone’s painful journey provides insight for the thousands of others who similarly cut, starve, pick, drink, pluck, purge, and otherwise hurt themselves in private in order to survive in public. She explores the issues of substance abuse, anxiety, and depression that commonly occur with OCD, all in an effort to further the dialog around mental illness and eliminate the shame, because “the shame . . . the shame is a killer.”

Why do you believe that society refers to mental illness/ mental health challenges as a silent epidemic?

I believe we refer to mental health issues as a silent epidemic because of the sheer number of people who now identify with some sort of mental illness. As the concept of mental illness has seen the creation of more and more specific diagnoses, more and more people are able to finally understand what is going on in their heads that they’ve maybe never been able to explain before – and often, when faced with an unknown “problem” in our heads, our tendency is to NOT talk about it. Our culture has historically treated mental illness as a character flaw, a weakness, or something to be ashamed of, and so we do what we know – we keep quiet. And now we have, according to some statistics, one in five people with an undiagnosed mental illness, keeping it quiet.

How is a child’s self esteem destroyed by this culture of secrecy?

Kids are born with a certain sense of self-esteem – a sense that they are okay, and they fit in, and they are good enough just by being. As they get older and more conscious of what’s going on around them, their self-esteem is challenged, and in the best-case scenario that original self-esteem is strong enough to withstand the challenge. When a child has a mental illness, however – whether OCD, depression, bipolar disorder, anxiety – those basic tenets of “I am okay” and “I fit in” don’t fit. And even the child doesn’t understand why, he understands that he doesn’t fit like everyone else. If he’s raised in that culture of “we don’t talk about mental illness,” then the deterioration begins. Not only does he feel like an outsider, he feels like he’s bad for being an outsider.

How can we open dialogue with our families when one of its members has a mental illness/ mental health challenge?

The dialog simply needs to happen. If a parent notices a child displaying symptoms of emotional or mental stress disproportionate to what’s happening around her, that should be a trigger. If a child’s disposition changes dramatically, randomly or otherwise, that should be a trigger. Anytime a parent notices a change in a child, the conversation should simply start. “What’s going on? What are you feeling? Can you describe how you’re feeling?” And a doctor should get involved, who can recommend a therapist, and the child will know that what’s going on isn’t shameful and he didn’t do anything wrong, and people will help him just like when he has a physical illness.

How can schools change the way they respond to children with mental illness?

There has to be widespread education as to the signs and symptoms of mental illness; NPR just published an article suggesting 1 in 5 elementary school children have an undiagnosed mental illness. So it’s there, whether they know it or not. If they know it, and can recognize the symptoms and signs, then they can get the parents involved, who can get the pediatrician involved, etc. And the child, again, learns that his mental health is as important as his physical health.

How can we as a society break down the barriers of mental health?

Tell us about your book, Body Punishment…

I wrote “Body Punishment” as a kind of love letter to everyone who has struggled with mental health issues and managed to grow up in a culture that did not allow us to talk about them, let alone encourage getting help for them. I started plucking out my eyelashes in 2nd grade and never learned the name of that very real condition – trichotillomania – until I was 38 years old. I had OCD that inspired paralyzing fears throughout my life, I had debilitating anxiety until age 34, when a nurse practitioner prescribed Zoloft for me; my (male) doctor had left me crying because he said my irrational and constant mood swings were PMS and he was surprised I hadn’t learned to manage them yet.

I realized my children were displaying some symptoms of OCD and anxiety, and I didn’t want them to experience one second of shame. I wrote “Body Punishment” so that I would no longer feel shame, or I wouldn’t be able to model that for them, and so that others could say, “Hey. I know exactly what she’s talking about,” and maybe they won’t feel shame anymore either. The shame comes from lack of knowledge, but for people who suffer from mental illness, it also comes from feeling like we’re the only one.

Where can our readers purchase your book?

Most Barnes & Nobles carry it, and it can also be found at B&N online as well as Amazon. 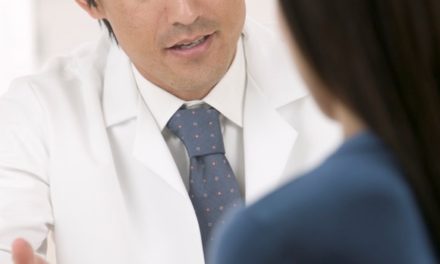 My Fertility- I Had A 7% Chance Of Having A Baby 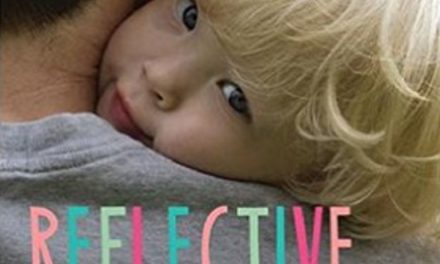 Wobbling With Our Friend Fear