How To Fail At Selling Your Stuff On A Mom Page 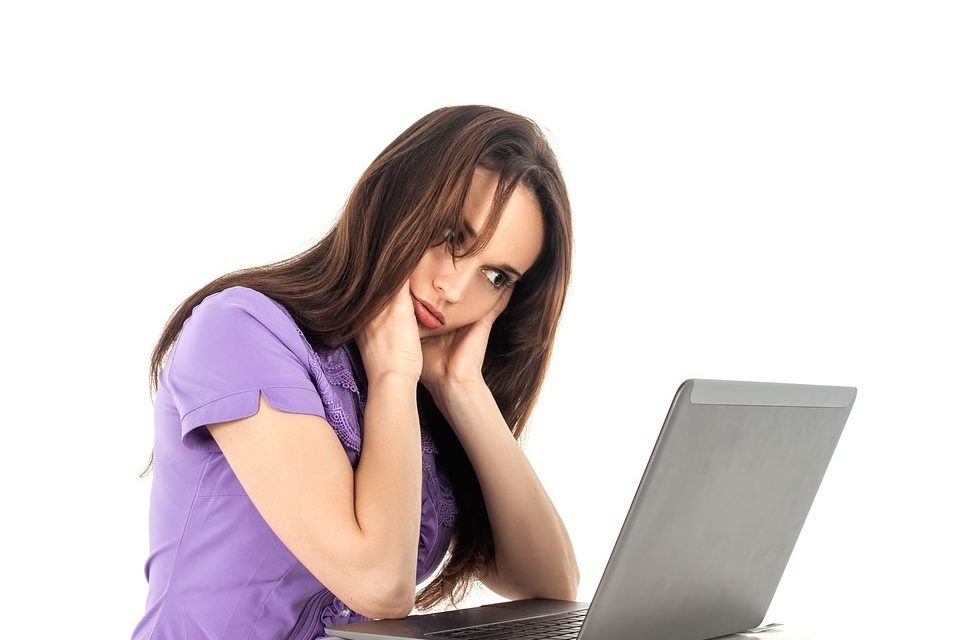 Hell hath no fury like a Mom Page’s Scorn! Selling your stuff on a Mom page never looked so scary and I had no idea what I was getting into when I moved to a new neighborhood.

I grew up in a multi cultural area. There were so many great things about it! A lot of my friends were focused on soap operas. I never got into them. But let me tell you (and this may spark an argument) no soap opera topped the Brazilian soap operas. No matter what culture you came from, if you were at a house where a Brazilian soap opera was on the television, you shut up and watched. Even if you did not speak Portuguese you knew, stuff was about to go down. Nothing had more drama than a Brazilian soap opera until I joined a Mom page for selling stuff.

I recently moved to a new area. My old area was your perfect mom sellers group. Great quality stuff for a decent price. People traded. Pleases and thank you were given and friendships were formed. It was the utopia of selling social media pages. When I moved to a bigger area, it was like being IN a Brazilian soap opera. Minus premeditative murders, this group has more action than any show I have seen.

I am no expert in sales, but post after post I started to notice patterns. Fights would start in the comment section, not fighting over buying the proposed item but a fight as to why that person would sell that item in the first place! With all of this experience of being in this new Mom Page, I have learned a thing or two about how to fail selling your stuff. So, I am going to share how you too can fail at selling stuff on a Moms Page.

Sometimes, we possess items that have a sentimental value to us. Even if we do not have any reason to keep the item or no more room, we want the item to go to someone who will appreciate it. This is what I tell myself when I see people barely discounting an item for sale on a Facebook group.

Someone had $100 gift certificate to a local steak house. That’s great! Now there are some risks buying a gift card from a person rather than a store. That person may have spent the card and you would have to verify it online once you arrive. A slight risk. As the seller, you want to convince the buyer to go to you instead of the store. So, you have to offer a discount. This $100 gift certificate was now discounted to $98. The money to drive to the seller as opposed to the store itself is not worth it. Coupled with the risk and trying to arrange a time, it’s not worth the two dollars.

As a seller of a used item (no matter what you say, as soon as an item leaves a store, it loses value), we must try to make the item appealing to buy. Generally, used items at used stores have a minimum of a 30% discount. If that is not happening, something is wrong. Gift cards should have at least a 10% discount to make it worthwhile for the person to risk buying from you instead of the store. If you really want to fail at selling your used item, make sure to give a next to nothing discount.

Over Pricing an Item

Don’t try to make a profit on these sites. If you are starting a business, then promote yourself as such but overcharging Moms who are trying to save money goes against the policies of many of these Mom sites. Moms are trying to SAVE money. Unless you have a very unique and rare item that gains in value, then keep it straight. If you are curious about an item, see what it sells for used online and base your price there.

This woman started a whole load of funny gifs and comments when she posted a mystery garbage bag full of girl’s clothes: No sizes, no pictures. No details. Finally someone said, “Size?” to which she answered.” I am a girl, Size XS”. The woman, referring to herself as a girl, made the group think she was selling children’s clothing. In fact, she had a mystery bag of adult clothing.

Give details if you want to sell something. Point out any flaws and justify your price as follows. An extra five minutes of details leaves you with a happy customer and not some sad person with a mystery bag.

A huge fight on my Mom sellers group began because a woman was selling fake stuff. Now, if you have little to any knowledge of name brands you know that buying a “Gucci bag from a guy in New York City from his jacket” never ends well. However, this person was selling fake Gucci bags and scarves. This is not only illegal but the items for this “Gucci Scarf” were stiffly priced at $50. When she was called out that this was not Gucci, she said she was aware it was fake but that since it is close to the real thing, it deserved a heftier price tag. Buying fakes online is trouble, they usually look like crap. Don’t buy the fake brand to be close to the brand, as Rachel Zoe says, it’s better to buy a no name purse of excellent quality than an obvious fake.

If you want fail at selling your fake crap, be sure to overprice it.

If you want to get rid of an item, you have to make yourself available. Part two of the fake Gucci scarf seller is she did get a question. A person realized that the pickup was in a city, approximately a four hour drive from the city of the Mom group.

You have to live in the city that you a part of the Mom group in or pretty darn close. City people hate leaving the city to pick up an item so if you are a little far out, your price should represent the incentive to drive far to pick up the item. If you live in a rural area and cannot sell your item there, it’s the unfortunate cycle that you may have to lower you price a bit in order to get a bite, unless you have a really rare (and real) item. Fake Gucci scarf was kicked out of the Mom group.

No one should expect pick up during the day. Most people work. Make sure to coordinate a safe public space to do your exchange and if you are buying be kind and make sure you have exact cash, or an email money transfer/PayPal transfer etc. Discuss this beforehand!

Sometimes, when an item goes through, there are changes to the agreement. I saw a woman selling breast milk and had changed the price so many times that the buyer canceled out on the deal! The seller then blasted the buyer on the Mom group. That was a whole other story.

Make sure to use easy to use language in the direct messages and make a simple contract. I will meet you at this place to get this product for this amount. Any deviations from the initial agreement can make the seller or buyer suspicious. Make sure to have exact cash or get an email/PayPal money transfer or other many options. Make sure its straight forward.

Mom groups are also compassionate. I have seen Mothers help others in so many ways, it warms your heart. But in my Bizzaro mom Group, the weirdest thing happened. And it’s scary. Moms were getting robbed in this city Moms group.

I find it great when people create legal charities to help others. I live in an area where people are compassionate to animals and animal welfare is very important. But when I was in my Crazy Moms Group this woman claiming to owning a Not for Profit Animal rescue joined trying to sell middle aged, well cared for dogs, something was up.

After a huge fight, on Facebook and her official admission of guilt online, this woman was stealing dogs from people’s backyards with her partner in crime. They would then put the dogs for sale for a high amount (about 80% of the price someone would pay for a puppy at a pet shop) and let people out bid one another. As an “adopt don’t shop” kind of gal, I found this disturbing but I wanted to have my facts. So I watched. I guess the police were too as they posted a notice about this woman and if you had bought a dog from her to contact your local department. There were a lot of sad families looking for their pets and these people unknowingly bought the dogs. She would also go to other people selling their dogs and “adopt them” only to sell them for a profit.

She would also put items for sale and confirm items with people who had dogs in their Facebook picture. When she delivered the item and the dog came to the door, her partner allegedly would snatch the dog right out of these people’s homes. Apparently this is a thing.

Now, I know I am a part of a crazy Moms group, but if I have learned anything from this experience, it is what not to do when selling an item online.

–Research your product and its depreciation. Get a fair amount.

-Pick a person who lives close and meet in a public place. Stay safe.

-If it’s too good to be true, trust me it is. You did not “miss out”, it was never yours to begin with so you did not lose anything. Your perfect item will come.

-Get a fair outline agreement of what you’re buying. You don’t need to go all legal eagle, just say what you are selling, how much they are paying, how they will pay, where and when you will pick the item up and how you expect it to look (good condition, mint condition… etc.).

Most likely, your Mom pages are full of far less drama than mine. Never the less, there are ways to protect yourself when buying or selling your stuff on a Mom page. They can be quite useful and you can make new friends and save a lot! Happy searching! 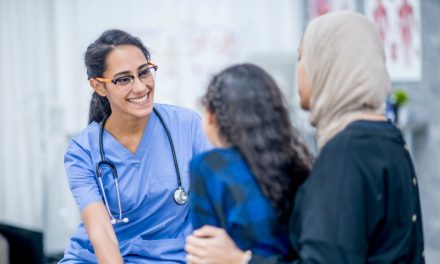 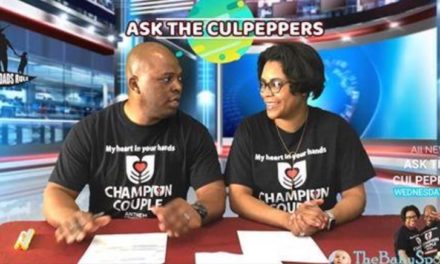 Ask The Culpeppers: How to Get Along With My Husband’s Ex 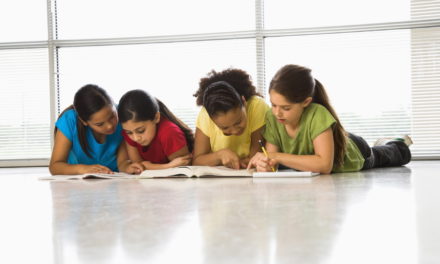