Life with a Daughter with Type 1 Diabetes 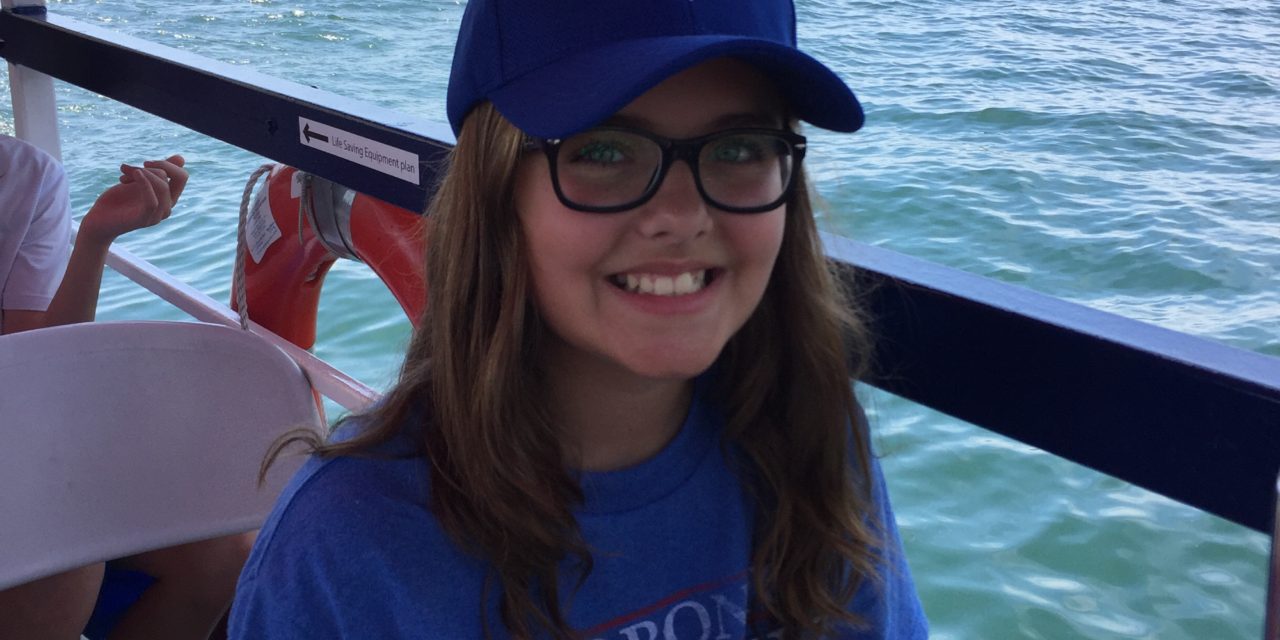 Isabella is a 12 year old young lady who is very smart, energetic and enjoys music and Irish dancing. She also loves to socialize with friends and play with her dog. Isabella is also a Netflix junkie and binge watches shows constantly. She is a daughter and sister to a 20-year old sister named Cassandra and she is well loved by all!

You could say that she sounds like a typical young lady; however she is battling a lot more than a typical young person would and that is Type 1 Diabetes since the age of eight.

So what exactly is Type 1 Diabetes?

According to Juvenile Diabetes Research Foundation (JDRF), Type 1 diabetes (T1D) is an autoimmune disease that occurs when the body’s immune system attacks and destroys the cells in the pancreas that make insulin. Unlike type 2 diabetes, T1D is not linked to being overweight, lack of exercise or other lifestyle factors. It is not preventable and its causes is unknown.

People with T1D must take insulin via syringe or insulin pump in required doses in order to control glucose levels in their blood. This continuous glucose monitoring involves testing their blood sugar by pricking their finger(s) six or more times a day. Despite this constant attention, people with T1D still run the risk of dangerously high blood sugar levels, which can led to complications, or dangerously blood sugar levels, which can result in a coma.

Before Isabella was officially diagnosed, she appeared to be looking more thin than usual and was sleeping a lot. Isabella was drinking a lot of fluids and getting up all night to use the bathroom. Isabella’s mom, Vicki, thought that her daughter could have a urinary tract infection and took her into the walk-in-clinic. Upon checking her urine, the doctor inquired if Isabella was diabetic as there was sugar in her urine. Vicki informed the doctor that Isabella was not diabetic; however the doctor insisted that this was the case since sugar was present in Isabella’s urine. To further check, the doctor did a finger poke to see what her blood sugar was at and it was 29. Now this is shockingly high as a healthy person would typically be in the 5s. The doctor sent Isabella and her mom directly to emergency and instructed Vicki on what to tell the hospital team.

At the hospital, the entire staff took to her bedside immediately and only moments later was given the diagnosis of Type 1 Diabetes which they stated was an autoimmune disease. “I didn’t even know what that meant. I assumed there was one kind of diabetes and couldn’t understand how a healthy eight year old could get it,” says Vicki. They were then transferred to a more accommodating hospital where Isabella stayed for three days to monitor her and get her blood sugar under control. At the hospital they were introduced to a clinic team who trained Vicki and her husband on how to care for their daughter, Isabella. They taught them how to check blood sugar; how much food Isabella can eat and at what scheduled times to do so; to ensure Isabella would stay within her target numbers.

Isabella’s parents also learned about all the things that would affect blood sugar, what would make it go up or down, without their control. In addition, they learned about the illness, physical activity, nerves, excitement, weather conditions, hormones, etc.

A year later, Isabella started on an insulin pump. This has given the family much more flexibility with their scheduling. Isabella’s parents are responsible for the settings in the pump and making changes to them when Isabella is having a growth spurt, exercising or for just no reason at all sometimes. Isabella’s parents work alongside a wonderful team at their clinic who are always a phone call away to assist them.

Life with a Daughter with T1D

Life has changed drastically for Isabella and her family. Vicki states, “I have become a very different mother with Isabella than I was with my eldest daughter, Cassandra. I became a helicopter parent. She doesn’t have sleepovers, not even at her grandparents’ houses. It is too much to watch her blood sugar through the night if you aren’t used to it. I would worry that people wouldn’t know what to do.”

The family also needs to ensure that they carry supplies and food everywhere they go. When they plan a trip, it takes a lot of planning and much more effort than before. They are all now much more food conscious as different foods can affect Isabella’s blood sugar differently. The “gadgets” that Isabella uses has been one of the biggest life changing aspects for her. “She is embarrassed by the gadgets she wears. She wears both an insulin pump and a Continuous Glucose Monitor (CGM). They will make noises when her blood sugar is out of range and people will ask what the noises are for. However, the CGM has been a great tool for us as it has made management so much easier. I am able to see her blood sugar from anywhere in the world without having to be near her. This has helped us keep down on the finger pokes throughout the day and helps keep her blood sugar closer to the target,” says Vicki.

“I wish people understood that T1D is an autoimmune disease and there was nothing Isabella could have done differently to avoid getting it. There is such a stigma attached to the disease because it has the word diabetes in it. I also wish that people knew that an insulin pump has not solved all of our problems. It simply holds the cartridge of insulin for us instead of having to inject using needles and rids us of the eating schedule. We still have to program it, make setting changes regularly, match food to carbohydrate ratios, be conscious about physical activities, etc. I also wish people knew what a toll this disease takes on Isabella and on our family,” says Vicki.

Vicki further stated, “I haven’t slept longer than a 3-hour stretch in years because I wake up to check Isabella’s blood sugar every couple of hours for fear of her going too low or sitting too high. It consumes my mind both day and night. I am constantly watching numbers, recording readings, making changes, asking her questions about what she’s eaten or done. I wish people knew that this takes a tremendous toll on Isabella’s body, spirit and mind. Highs and lows through the night will have her feeling exhausted in the morning. High blood sugar will have her going to the washroom more, drinking more, and feeling cranky and emotional. Lows can be scary and she may need help but can’t find the words to ask for it because her brain will not allow her to. People think “she has an attitude,” when in fact, she in unaware and unable to control her emotions. This is a huge burden on a child and I don’t think all adults understand the toll it can take on a child.”

T1D is a hard battle for the child and parents to deal with and it is important for family and friends to be cautious of what is said in front of the child. Vicki’s wish is for people not to ask if Isabella can or should be eating something. “Isabella can eat whatever she wants! She just has to give herself insulin to cover it in the moment and possibly in the hours that follow. But she can eat anything! People feel this need to police what she eats, and I’m sure it makes her feel bad,” says Vicki.

Isabella got to meet Nick Jonas.

Advice to Other Parents

The advice that Vicki would give to other parents that receive this type of diagnosis for their child is that their understanding of the disease and how to “best manage” it will get better. “No parent or child is perfect and this disease cannot be perfected. Don’t beat yourself up over the numbers. Just try your best. I cried every day for the first month. Support from other parents is key. I have support groups online that at times can act as a life line. These parents created #WeAreNotWaiting, and are being proactive in helping their children with technology faster than the medical world. I have been using NightScout, which is a way to monitor Isabella’s blood sugar on my smart watch using her CGM for almost two years now. I am more grateful for this than words could ever express,” says Vicki.

Becoming an Advocate for the Juvenile Diabetes Research Foundation

After Isabella’s diagnosis, the family reached out to JDRF and the family was encouraged to sign up for the walk so that Isabella could meet other children like herself and to see that they were not alone. The family raised money and have participated in the walk every year since. On the day of the walk, it becomes a very emotional day for the family but they need the day to remember that this disease affects so many families and a cure needs to be found.

“It’s important for me to try to give back and that is why I fundraise for JDRF. Their research is what is going to make my child’s life that much easier to manage, hopefully prolong it and maybe one day cure the disease. It is my hope that with every dollar I raise, we get one step closer to finding a cure,” stated Vicki.

This past February sponsors held a fundraising event called, Isabella’s Angels Mardi Gras Masquerade Ball that raised funds for JDRF. I personally attended this event and it was an amazing event for an even better cause. This is just a sample of how this family inspires others to make a difference.

I would like to personally thank Vicki for taking the time to share Isabella’s story and I commend her on the amazing job as a mother and as an inspiration to help other families. 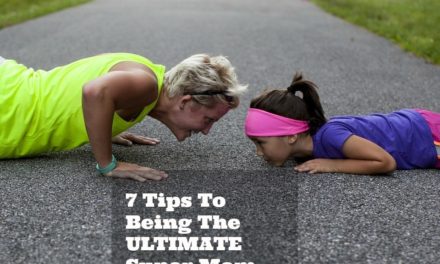 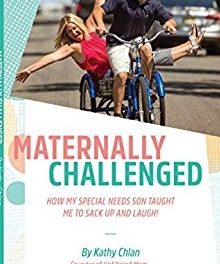 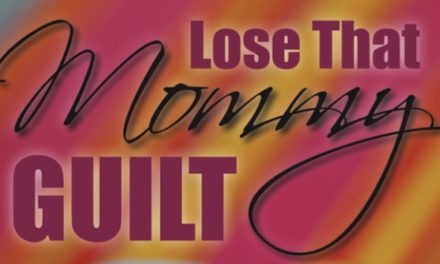 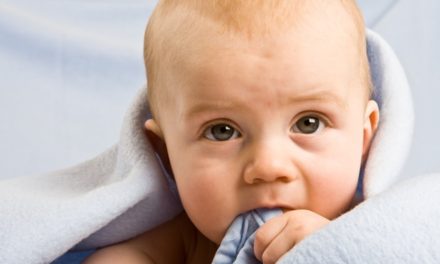