Silent Lee and The Adventure of the Side Door Key 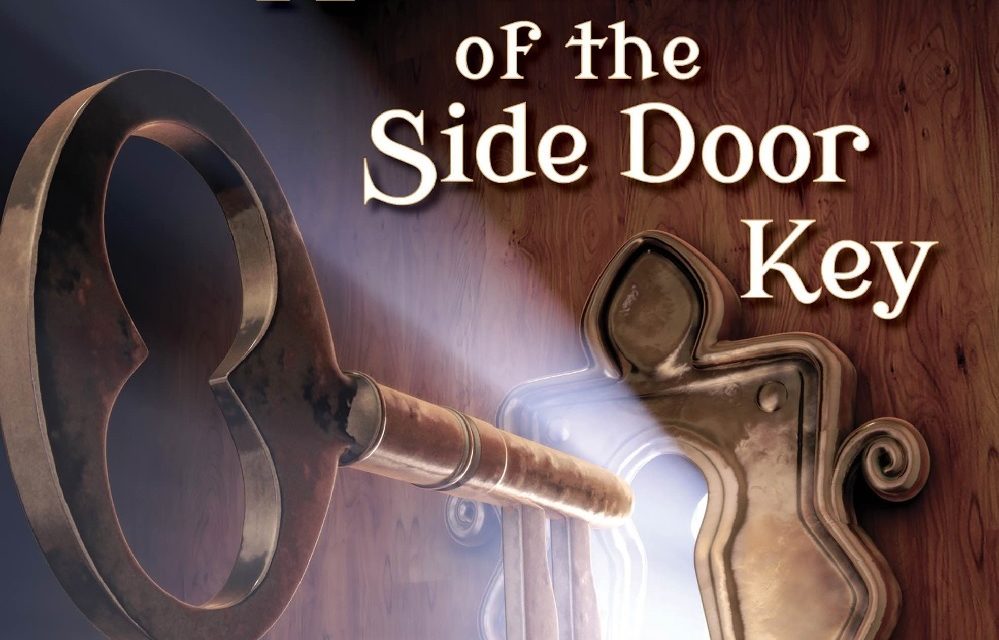 Spending time with your kids can be great. Whether it is joining them at the park or cheering them on at a sporting event. However, author Alex Haim has an amazing way to spend time with his daughter, Sadie. He wrote a book with the protagonist inspired by her character and gets her input to edit the book! Learn more about this fantasy loving family and why you don’t want to miss Silent Lee and The Adventure of the Side Door Key.

Q: What is it like helping your dad write?

Sadie: We actually help each other with our writing. It started with him reading new chapters out loud for bedtime reading when I was little, and I’d make comments if I had a question or suggestion. Then it evolved to me being more of an editor and revising chapters or marking them up on paper. I guess grew up editing. Now I do some writing of my own and run it by him so the tables are turned, especially when he taught my creative writing class this year! It think makes me a better editor to do my own writing too.

And honestly, working together can be frustrating since I can be bluntly honest with him considering he is family, but it’s also nice to have someone who supports my work genuinely and it’s refreshing to hear his ideas and prompts for writing. We give each other ideas.

Alex: Sadie has a great ear for dialogue and a keen sense of character. She’s a big help when I’m trying to bring someone three dimensional like Silent Lee to life. And of course Sadie has a better sense of what teenagers would do or say in a situation. And she reads widely and is more up to date then I am. For instance, she reads fan fiction on Wattpad, whereas I usually don’t even know who those characters are! Also, the pacing speeds up with each generation and she helps me with that.

Q: How do you help him with his writing?

Sadie: Well I help him a lot with the editing and also pointing out when certain characters wouldn’t do certain actions because of their characteristics. And I help with the plotting. Often I’ll come up with ideas only to find he’s already got an idea for the plot so usually I don’t need to help with that. But sometimes it helps to suggest things or to ask questions about backstories. He doesn’t always work out the full backstory and that’s important for keeping things consistent and true to character.

Usually my dad’s writing is pretty good except that there is too much description, which I tell him to cut. You can sum up a place pretty well in a few words and just let the reader use their imagination. The more you explain it the harder it is for the reader because then they’re imagining all the specifics and it kind of takes away from the story actually, so I help him with that. He’s also an artist so he puts too much detail like he’s painting the scene.

Q: Tell me about your writing. Are you working on a book?

Sadie: I am working on writing down the ideas I have for stories that I plan on writing in the future, and I am very interested in writing a book. I’ve done some short stories and maybe I should do more of those before I do a novel. I don’t know how long my plots will turn out just from writing down the outline instead of page by page. But I expect I’ll write a book eventually.

Q: Your dad writes fantasy fiction. Do you like that genre too?

Sadie: Yes actually very much. I like writing fantasy. I have a few realistic fiction book ideas but I am mostly working on fantasy ideas. Also I have gotten more into musicals lately so writing a play is something that I would maybe like to try. I’ve never really been into history and sci fi is too scary for me and other genres don’t interest me as much as fiction does so I definitely support his interest in that genre.

Alex: We share teen fantasy fiction and often read the same books, so it’s a fun thing in common we can talk about.

Q: Silent Lee is a bold and brave female lead character. And she’s a person of color. Do you feel like there is a need for more characters like her?

Sadie: Definitely. I think when people make characters of color it’s usually that one sided character so they can say that they have diversity when they really don’t. And sometimes when a main character is a person of color they follow certain stereotypes. Your personality doesn’t usually correspond with your color. Silent Lee is a unique individual not defined just by her race. Her character Is very creative and I love how she is very admirable in her boldness and how she wouldn’t shy away from things like many people would.

Alex: As a parent I’ve had to look hard to find stories where characters like my own my daughters take the lead and aren’t sidelined or diminished in various ways. My kids are strong lead characters in their own stories. It’s natural to want to write about kids and teens like them! And writing about Silent and Raahi has proved to be really fun.

Q: What do you think about Silent’s friend Raahi? He’s also an unusual lead character in that he’s a second generation immigrant from a India and he’s legally blind.

Sadie: Silent meets Raahi early in the book and they become partners who are not romantically involved, trying to solve a kidnapping of an aunt. I like that he is not just there for the comic relief, I think that is important. I appreciate that there is a male and female character that are not romantically involved. At first he took an interest in Silent but I like how it’s not going anywhere and how there isn’t the mandatory straight couple within the book. It’s also nice that he has imperfections and is not perfect which makes him more relatable as a character and, like Silent, not the typical stereotype.

Alex: I know my daughters identify with Silent, but I personally identify more with Raahi. He’s quirky and eccentric and he has what many people might think of as a fairly major disability but he’s contributing So much in his own unique ways. Maybe I relate to that side of him because of my childhood struggles with dyslexia. I certainly hope that he inspires anyone who feels like the world sees them as less than able. The world doesn’t know what you’re capable of, of course, any more than my teachers knew what they were talking about when they told my parents I’d never be a good writer:-)

Q: One or the reviewers said they find Silent Lee to be rude to adults, or maybe overly outspoken. Do you think that’s true?

Sadie: I believe that it’s more just unique and uncommon for adults to be spoken to honestly so they see it as a bad thing, but I feel that in a time of crisis like a family member being kidnapped and possibly dead you might not be thinking about respect for adults as much as trying to help the person who you’re actually close to and you care about. And I can understand that it is a hassle to always remember your manners and that it is more honest to treat everyone equally and if that’s being rude to everyone no matter their age then that is how it’s going to be. But of course I’m always very polite and respectful to my Dad.

I do find myself accentuating my teen characters’ voices. I want them to speak up and speak out. Like Sadie, who has been so helpful to my writing, they may have a lot to contribute and they shouldn’t be dismissed just because of their age. Especially when we think about all the problems the adults are leaving for them. We have created a global climate crisis but we aren’t solving it so I sure hope the next generation shouts us down and does something sensible about it.

Author Bio:
As a child, writer and artist Alex Hiam spent holidays in the mysterious Boston mansion of his great-grandmother on Dartmouth Street. A graduate of Harvard College and UC Berkeley, Hiam was awarded the English Department’s Arnold Prize. But the honor he is most proud of was being entrusted as a student with the key to the iron gates of Mount Auburn Cemetery, where he would let himself in at dawn on Spring mornings to study the migrating birds before the rest of Cambridge awoke. Previously a teacher at the University of Massachusetts Amherst, today he teaches Making Writing Exciting! at North Star, a learning center for self-directed teens. He has sailed the Atlantic, Gulf of Mexico and Caribbean, logging thousands of nautical miles and plans some day to write a book about pirates. Hiam lives with his wife and daughters in an old farmhouse in Amherst, Massachusetts. 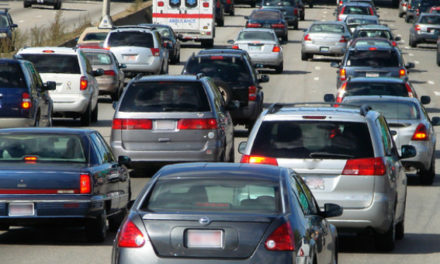 Tweetback Tuesday- What Is Your Ideal Family Destination? 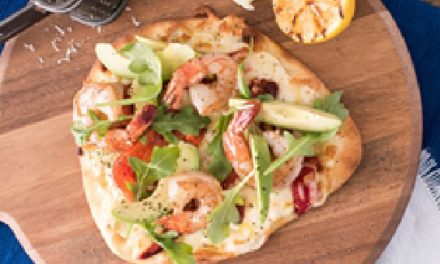 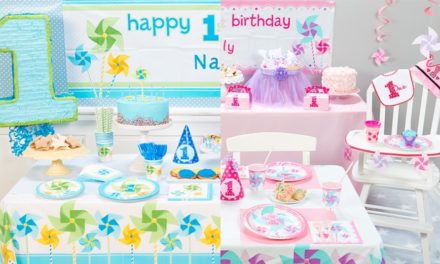 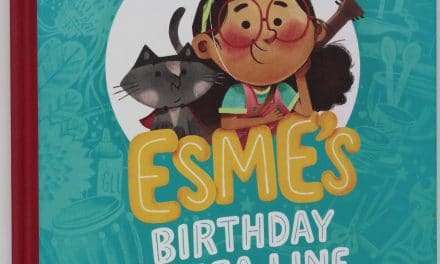