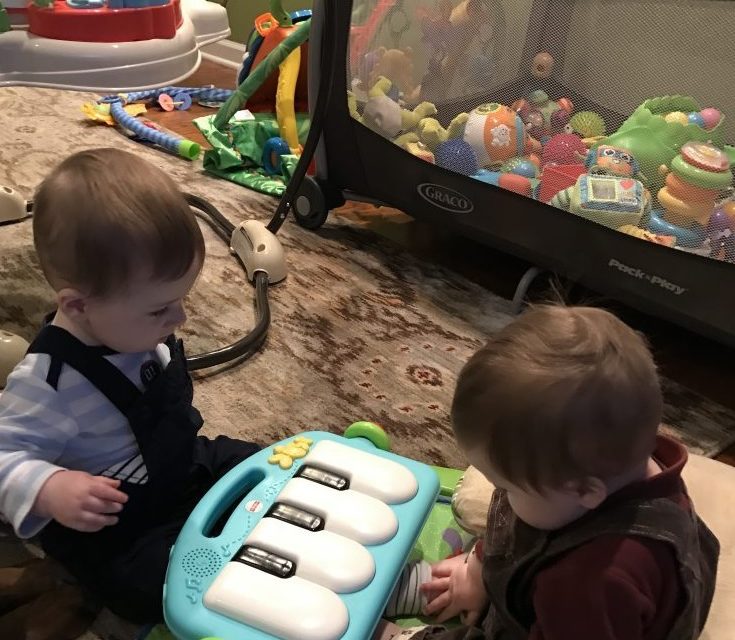 When you’ve got two crying infants on your hands like we often do, you look for whichever toys will calm them down the fastest. We’ve got an array of toys in our happy child arsenal, but they aren’t all equally effective during a tantrum. In order to find the ones that are most effective, I began tracking the time it takes to take a child out of their tantrum with them. Luckily with twins, I was able to get a lot of data very quickly. I plotted it all and charted it to find some clear winners.

Sometimes a tantrum really can’t be stopped by toys. In these cases, I never went beyond 20-30 seconds trying with a toy before trying other means like food or moving around. Sometimes one of the boys just wanted to stand. Otherwise, I would count seconds and record them once the tantrum was averted. I tried most of the toys we have as well as a few others like books and exercise bouncer which seemed to calm them anecdotally, but wanted to see it more objectively with actual data. Getting actual data was a good way to validate some of our subjective opinions and know for sure what was working best. Before doing so, we only thought we knew what worked well, but it turned out we were off in a few important places.

It’s easy to see here how each toy performed. I’ll break down each in turn. The averages are marked with Xs and the full plot shows how consistent each performed. A few obvious winners and losers stand out.

Sophie, the popular French rubber teething toy performed fairly well, nearly the exact average of toys due to the ability of the squeaker to get attention. Because the boys began teething during this time, when crying was tooth related, Sophie often helped.

At some point we began referring to this small stuffed dragon from the book set simply as taco and gave him a ridiculous voice. One of the boys has a strong attachment to him and often will immediately grab him and shove him in his mouth no matter how upset. The other isn’t quite as interested. Taco also did fairly average, but strongly for one child and not so strongly for the other.

This dinosaur talks, gives dinosaur facts, and perhaps most importantly for it’s success, moves it’s mouth and legs as it talks. For some reason the roar that it begins with nearly always gets immediate attention and the mouth movement must be soothing because the boys love to stick its mouth in theirs. This dinosaur had slightly above average results.

Perhaps unsurprisingly, the loudest and most attention grabbing toy tested performed the best. This toy has a set of about a dozen balls that it bounces off its back with music and loud popping sounds. The boys love grabbing the balls and trying to chase them around. They have recently realized the vibrations from the bouncing feels good on their teeth and now somewhat faceplant into it.

When the boys are happy in this bouncer, they are ridiculously happy. Like deranged cracking-themselves-up laughing like maniacs while they throw themselves up and down happy. When they aren’t though, they want out as fast as possible. Putting a baby who isn’t already happy in here typically results in an even unhappier baby 30 seconds later.

The boys love sitting together at their piano, banging relentlessly on the keys. Like the bouncer though, it works best when happy, not to calm down an unhappy baby.

We’re still working on the walking part, but the boys like to sit and smack on the keys of this toy and play with the various buttons and things. The music and sounds can occasionally calm down a baby in the midst of a tantrum. More often though, using the toy to lean on and practice standing is a better option.

I think because the boys have the same set of blocks at daycare, they really love playing with these. The favorite game is to dump them out, wait for daddy to recollect them, then repeat. The blocks apparently taste delicious as well. They are also fun to smack into each other. For a simple toy without music or sound, these perform ok, but not so much when compared to the others.

Elmo has been scientifically proven to be pleasing to children due to the shape of his face. I don’t think science has yet proved it, but singing Elmo is incredibly effective at calming unhappy children. Something about the voice and the movement of the mouth as you operate it is incredibly effective. Besides a toy that sounds like an engine that also plays music, Elmo performed the best. Get an Elmo.

It doesn’t always take a battery powered contraption to calm a cranky child. If you time it early enough, a full tantrum can be avoided by grabbing a favorite book. For the boys, like their daddy, Dr. Seuss’s ABCs is that book. The colorful pictures and rhyming scheme make the book interesting and I imagine since they’ve heard it many times since birth, comforting. It typically won’t stop a full on tantrum, but it can calm a cranky kid.

Ok, this one isn’t a toy and you won’t find it on Amazon, but it works. The family dog is an effective tool in calming down the boys during a crisis. During a small cry session, just walking by can divert their attention enough to calm them. During a tantrum, he’ll often walk up and start giving kisses which can calm them down. Sometimes he doesn’t help at all, but that’s usually when food is involved. If you really want to calm an infant, find them a family dog to love.

Is the sole purpose of a toy for infants to calm them? No, of course not. Nor are toys the only way to calm infants. Parenting involves actually understanding the needs of a baby who can’t communicate them and those cues need to be observed. Sometimes though, boredom, frustration, or crankiness can be mitigated with the right toy to grab attention and divert them. Actually tracking this data and the results of each item helped us understand what worked well and what wasn’t successful for our kids. Getting objective data over subjective feelings is the best approach to improving your parenting effectiveness. 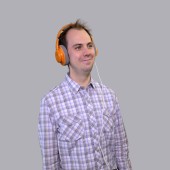 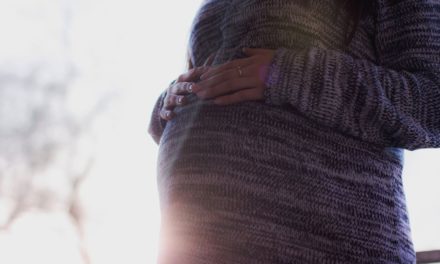 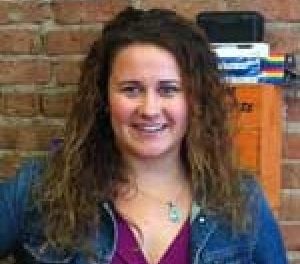 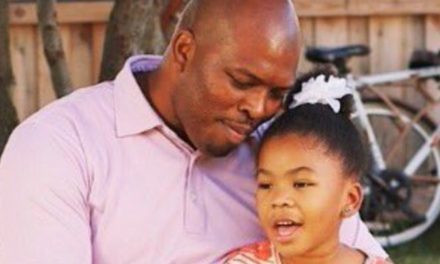 Vlogger of The Year is Active Dads Rule! 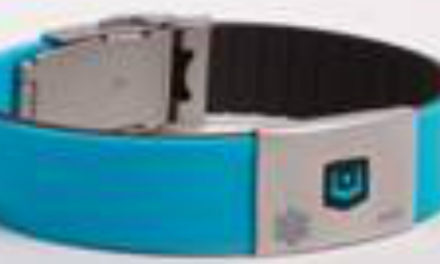