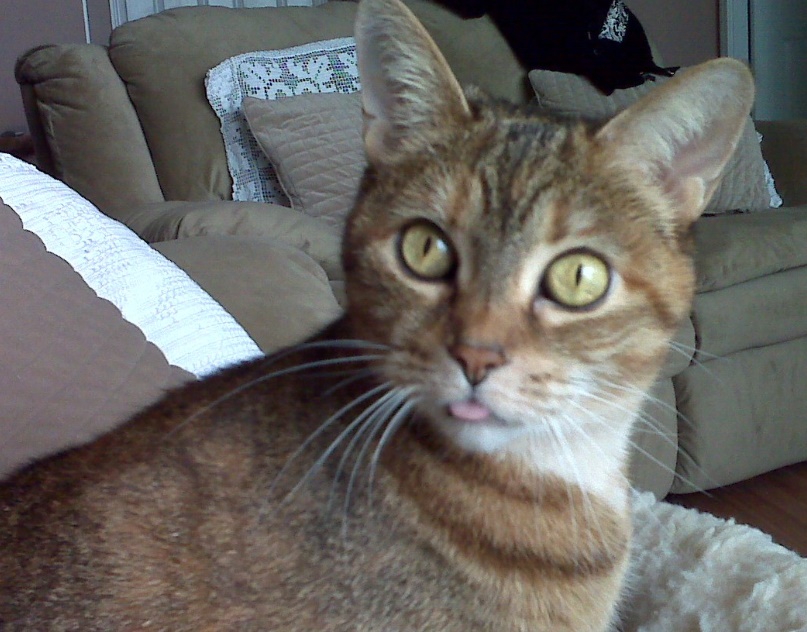 Our pets are more than just pets as they become a member of the family. The love and care we feel for them is so very special. They are the ones who are always loyal and by our side when we need them the most. This is how we felt about our cat Lily.

We adopted Lily in 2009 when she was six years of age and she was the sweetest cat you could ever meet. There is a saying that our animals are the ones who pick us and this rings true for us as she is the one who picked us. So when we were faced with her good-bye, it left us heart broken.

Here is our story of how we lost our beloved furbaby, Lily.

*Warning – specific details have been expressed in this piece that can be emotionally hard to read.

In 2009, we went to visit a facility of adoptions to see if we can find a cat to adopt. When we got there we went into a room with all the available cats that were up for adoption. We went around to see each one of them to see who would be a fit in our family of two (at the time). When my husband arrived at Lily, Lily gave him four kisses. As soon as she did that, my husband turned to me and said, “Ok, she is ours. We are taking her today.” And that is exactly what we did that day. We adopted our new family member, Lily.

Lily came with a past of abuse, neglect and abandonment. The transition to get her comfortable with us took some time and we helped her along the way to trust us. After nine months, she was so comfortable that she slept on my husband’s lap for the very first time and she just got more loving from there.

When we had our daughter, Nikki, in 2014, Lily became even more loving and friendly. It was amazing to see the bond that Lily created with Nikki and as time passed, the bond grow stronger between them. Nikki ended up having a tag along friend as everywhere she went Lily was close behind.

Our whole world then shifted with the sudden health changes to Lily. One day we noticed that she was struggling to do her business in the litter box and every time she tried, nothing would come out. Then when she would eat, she would throw up. We knew something was really wrong.

That same day (January 2, 2016), my husband took Lily to the animal emergency hospital to see what was wrong with her. After a five hour wait, it was discovered that Lily had a 3cm cancerous tumor in her intestines and this was causing a backup of her stool. This is why every time she ate she would throw up. Receiving this news was devastating to us as we never expected this to show up so quickly. Lily never showed signs of discomfort until now.

The vet provided us with two options. Option 1 was to do surgery which had high risks attached to it, such as not surviving the surgery and the tumor would return and spread. Option 2 was to put her down.

This was a lot for us to digest in one day so my husband brought her home for us to discuss it further. In the meantime, Lily was given two vaccines that would help with her pain and would prevent her from throwing up. After a lengthy discussion we decided to make an appointment for Lily to see her vet and get a second opinion. This was such a big decision to make that I wanted to make sure we did everything to ensure that putting her down was the right decision. We were fortunate to book an appointment right away which fell on a Monday (January 4, 2016). By this time, we could really see that Lily was getting worse. Her eyes were filled with pain, she lost another 10 ounces since Saturday and threw up even though she had a vaccine to prevent this from happening.

My husband went in with Lily to see her amazing and kind vet. Once the vet reviewed the x-rays from the hospital and did a full check up on Lily. She turned to my husband and said with tears in her eyes, “There is no saving her.” Lily was getting frail, her bones were weak and she was starving herself to death. The vet further stated that if we decided not to put her down she would only survive another 3 weeks and she could just drop any day in our home. We just couldn’t do that to her. Our vet has known us since we got Lily and she told my husband that she knows that we gave her the very best life full of love and that is all Lily wanted. She further stated that cats are very good at hiding their feelings of pain so there was no way to tell until now. What was happening to Lily was in the inside and it wasn’t on the surface for us to see. With great pain, we decided the best thing for her was to put her down.

Since Lily was a rescued and abused cat, who had been abandoned a couple of times in her life. I told my husband it would be comforting for him to stay with her to the end. I told him that I would hate for Lily to think that we abandoned her. I wanted her to know that we never left her and loved her so much until the very end. My husband found the strength to stay with her as I knew I just couldn’t (just writing this has me in complete tears).

The vet prepared the needle that would put Lily to rest. She gave Lily the needle and to everyone’s astonishment, Lily got up and walked towards my husband. The vet has only seen this happen one other time in her 26 years as a vet. So she turned to my husband and said, “You have to tell her that it is time to go. She doesn’t want to leave you so you have to tell her that it’s ok.” As painful as it was for my loving husband, he turned to Lily and said, “Sweet Lily, it’s time for you to go. We don’t want you to suffer and it’s ok to go.” The vet said that Lily looked at peace now and she gave her the second needle while in my husband’s arms. Lily looked up at him and gave him those same four kisses that she gave him when we first adopted her. After the last lick, she peacefully went. And that was the end of her suffering and the start of her legacy.

It has been a difficult process and we went through the grieving cycle such as denial, anger, bargaining, depression and acceptance. What has helped us the most, has been the amazing love and support from our family and friends. Just talking (writing) and crying about our loss has been very therapeutic to us as well.

Luckily, our daughter is really young to comprehend or feel the loss. But we did talk to her about it in the simplest terms. The day we said good-bye to Lily, we told our daughter that Lily was going bye-bye to heaven and our daughter went to Lily and said “bye-bye” and gave her kisses. As I watch her do this, all I could do was weep but I knew it was important for our daughter to say good-bye. 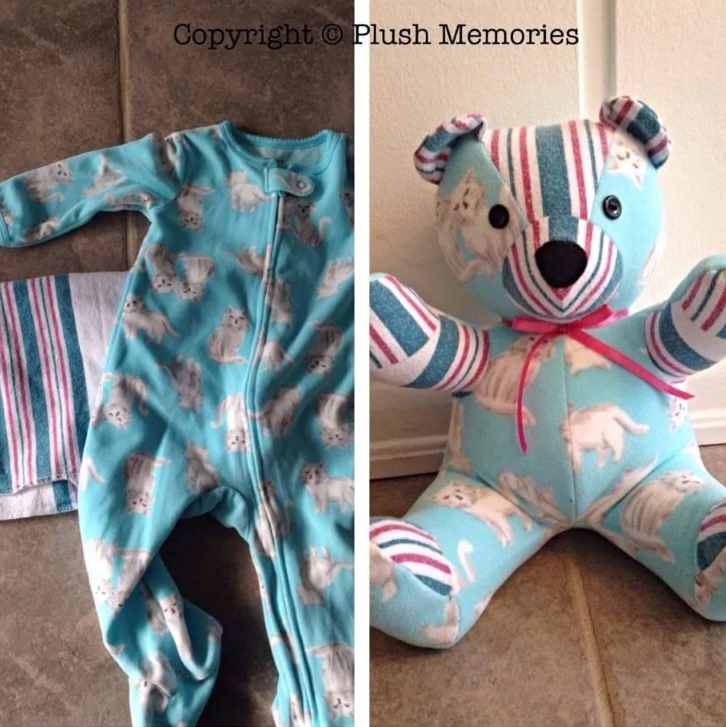 In honour of Lily’s memory we had the very first blanket our daughter was wrapped in from the hospital (which became Lily’s favourite blanket) and a cat sleeper transformed into a keepsake teddy bear by Plush Memories. This was a beautiful way to celebrate her life and have something to hug when we missed her. It has been a great tool in helping us grieve.

Another way we coped with the grief was by creating a fundraising campaign that we called, Lily’s Legacy. Money raised by our campaign was going to help other animals like Lily who need that second chance at a forever home. The charity we picked was one in our local area called Companion Animal Rescue Effort (C.A.R.E.). C.A.R.E. is a volunteer-run organization that help animals just like Lily. I am proud to say that we raised $835 in memory of Lily and the money raised has already made a difference in the lives of our furry friends.

We didn’t want to remember the abrupt ending but we wanted this campaign to continue the memory of Lily’s life and sweetness by helping others, the way she did for us.

The loss of a beloved furry family member is hard on everyone and Lily’s loss will be felt for a long time. But she has left a forever lasting paw print on our hearts. To this day our daughter screams with excitement when she sees a picture of Lily. When we say that Lily has gone to heaven, she still responds with “bye-bye” and blows a kiss into the air. Because of Lily, our daughter will always have a special place for animals in her heart.

Lily was such a friendly and sweet cat who always greeted our guests and I know they have all felt her loss as well. Lily has definitely left her mark with many here in this world and we are so lucky to have had her.

We could not have asked for a better and sweet family member. To that we say, thank you Lily! Rest in peace our sweet girl and know that we will always love you. 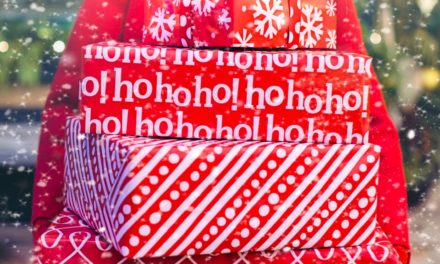 Shopping for toys this holiday? Put safety on the top of your list 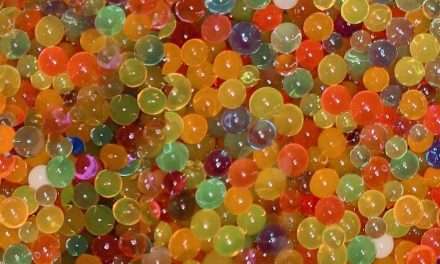 Orbeez – What Are Orbeez? 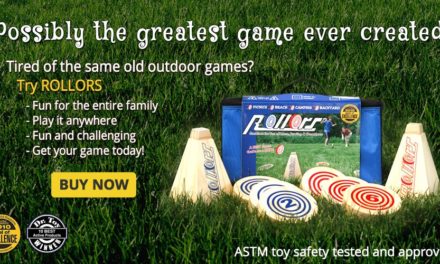 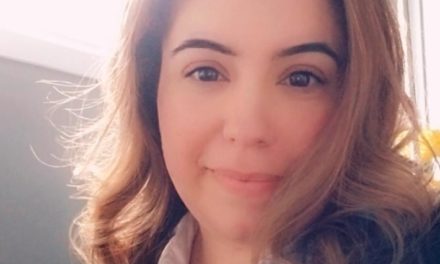