Karen reviews the Arm and Hammer Diaper Pail System and explains why she thinks its a great buy!

When shopping around for a Diaper disposable system for our little one, we searched the net and visited Babies ‘R’ Us multiple times until we decided to purchased the Arm & Hammer Diaper Pail.

Our reasons for purchasing it was that we found it would be cheaper to own than any of the other diaper disposal systems. We liked that we could refill the baking soda dispenser with any brand of baking soda and that the refills were easy to find in stores and we also found that they went on sale more often than other brands. 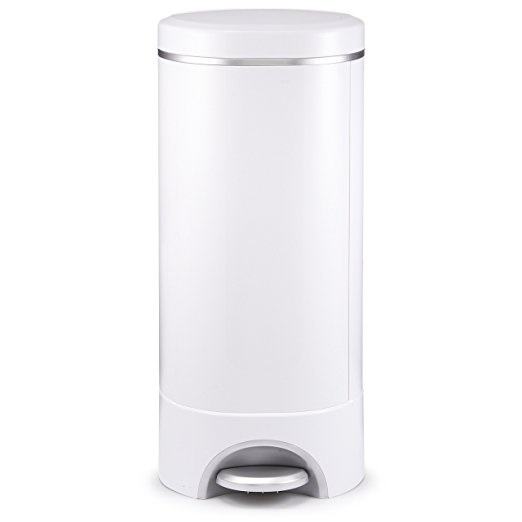 Buy The Munchkin Step Diaper Pail By Arm and Hammer below on Amazon!

After purchasing it, we were amazed on how well it diminished the smell of poopie diapers.   We originally had it in our living room, since it is the room of the house that we are most in, but then we quickly realized how we would prefer to have it upstairs in our little man’s bedroom for overnight changing.  The upstairs/downstairs switch was annoying and we eventually bought a second one to go in the bedroom.

Another feature that we like about our The Arm & Hammer Diaper Pail System is its ease of use.  Anyone that babysits can figure out that you simply push the handle and lift, push the diaper in and then close the lid and voilà.  The diaper and its odour is gone. 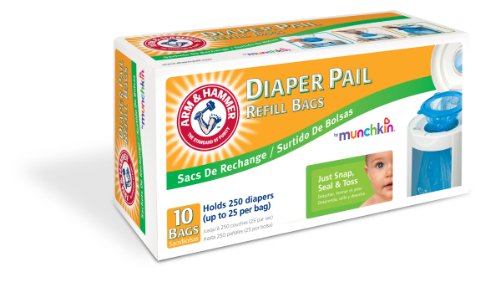 Changing the bags on the system is also quick to do, and if you run out of the refill bags you can always place a grocery bag inside the system, unfortunately it doesn’t hold up as well as the actual refill bag.

One refill bag in the early months of parenthood would last us about a week, but now that we are in the toddler years, one bag will last us a good two weeks before its full. The clean sleek look of the system also blends in to our decor and many of our house guests do not realize that it’s even there.

Would I purchase this system again? Definitely.  I liked it so much I bought two for my home.  Purchasing The Arm & Hammer Diaper Pail System will not only save you money but also keep you home smelling clean and fresh!   Try it for yourself and see what you think!

Hooplaha -The Funniest Kids on Vine